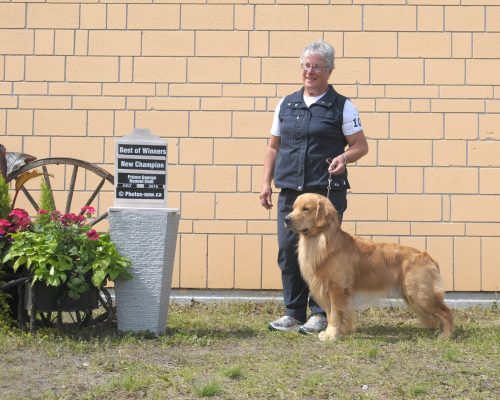 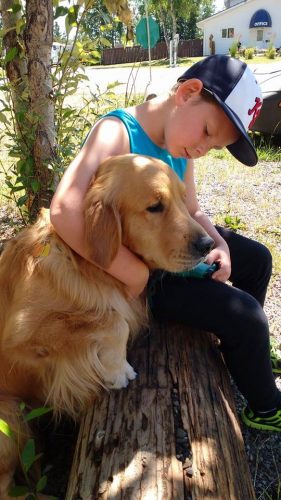 Achievements:  Can. Ch. Best Altered in Show Osogold’s Boyz of the Highlands , PCD, RI, CGN “Parker” was born Jan 2, 2015 and went to live with Janet and Don Caird March of that year.  He started his show career in Burns Lake as a baby puppy and was awarded Best Baby Puppy in Group.   Parker achieved his Canadian Championship in 2016 and started training for rally obedience and obedience trials.  In 2017 Parker earned his Canine Good Neighbour title (CGN) and his Rally Novice title (RN), earning a High in Class score.  In 2018 Parker was awarded Best Altered in Show at the Prince George Kennel Club  show.   He also earned is Pre-Companion Dog title, earning 2 High in Class Scores.  Parker is now working towards his Companion Dog title.
Parker has a lovely temperament and is quite the laid back cuddle bug.  He does really well with children and our grandchildren have competed with Parker in junior handling.
↑