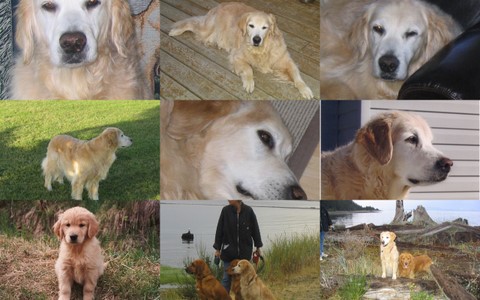 Shea was my introduction to this remarkable breed, she was my first Golden, my first show dog and my first Champion.  Shea was my dog from the beginning right until the end.  In 12 years and 8 months not a day went by that she didn’t sit outside the bathroom each morning and watch me get ready for work, she followed me everywhere, mornings just aren’t the same without you.  Rest in peace I know you are in a special place, running and playing with Liam, those old bones are young again.  Gone but never forgotten.
↑